** Note: I cross-posted this to my own blog at The Other Side, which is more RPG related. **

I was thinking after yesterday's post on Red Sonja and what system to run her in. While certainly nearly any flavor of D&D would be fine, I also think there is another very good choice. Army of Darkness. The comics have a vibe about them that has always reminded me of the Evil Dead movies. Not so much the humor, but the darkness.

Of course given the source material it also makes sense to stat Sonja up using OD&D.  My favorite OD&D like product is Spellcraft and Swordplay by Jason Vey and using his Hyborian Age Supplement. 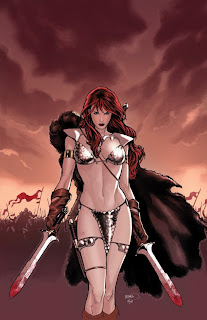 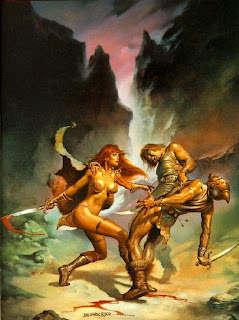 According to Jason's rules the Hyrkanians are a horse culture. They also take a -2 to save vs any sort of mind-affecting magic, including illusions. (Save vs. Wisdom) 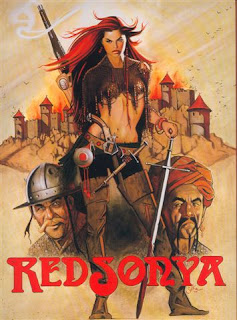 The Red Sonja in the comics now is not the same as the Red Sonja of a few years ago.  In the current comics the woman calling herself Red Sonja is actually the reincarnation of the first Red Sonja.  The Wikipedia article gives a rough overview, but it also mentions another "Sonja". Red Sonya of Rogatino was not "the she devil with a sword" we all know and love, but rather a "gun-slinging warrior woman of Polish-Ukrainian origin" from the 16th Century.

What they had in common was coming from the same general area (Hyrkania/Ukraine), of course red hair and the temper to match.

Given the change in the comics one is tempted (and I often am) to say this is another reincarnation of the first Red Sonja (which of course is backwards since Sonya came before Sonja).  Works for me.

Given that, who is to say when the next time Red Sonja is reincarnated, and what system.
Posted by Timothy S. Brannan at 9:57 PM 2 comments:

Email ThisBlogThis!Share to TwitterShare to FacebookShare to Pinterest
Labels: RPGs

This is one I found at Pixel Fantasies and then again on his Deviant Art Page.
I figure it must be telling me something to run into it twice. 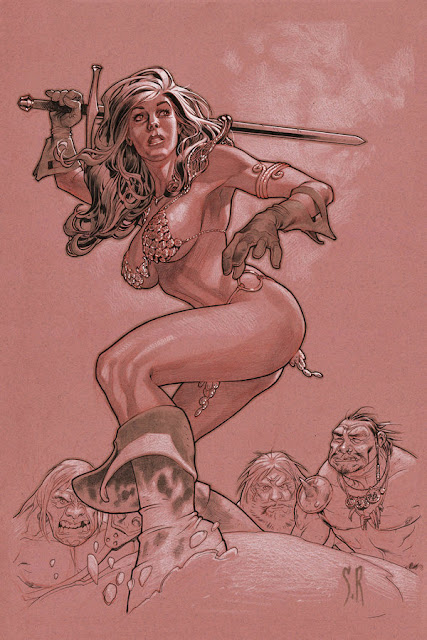 Posted by Timothy S. Brannan at 1:45 AM No comments:

J. Scott Campbell has been mentioned in this blog before, and with good reason. He does a heck of a job on Sonja. 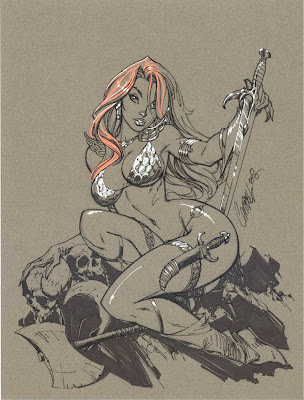 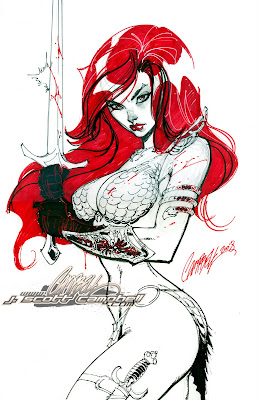 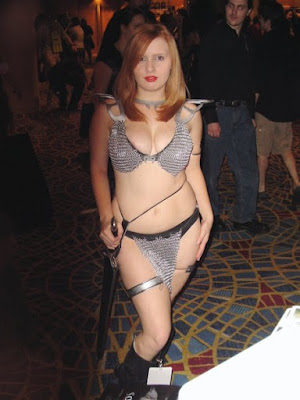 Here is a nice photo of Cosplayer Wendy Potter in her Sonja gear.
She sets a fine example of what a RED SONJA cosplayer should look like.
Posted by Mike D. at 2:42 AM 7 comments: