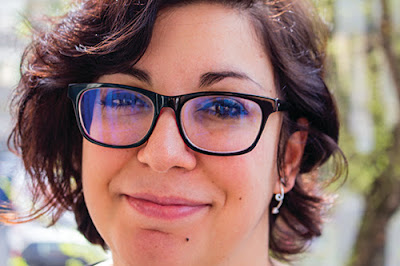 This past Wednesday the first issue of Dynamite’s ELVIRA MEETS VINCENT PRICE hit the stands. As is usual with Dynamite, tucked in the end of the book is a short promotional interview with creators that are handling current or upcoming properties for the publisher. In this case, the short interview is with Mirka Andolfo, concerning her upcoming run on RED SONJA: 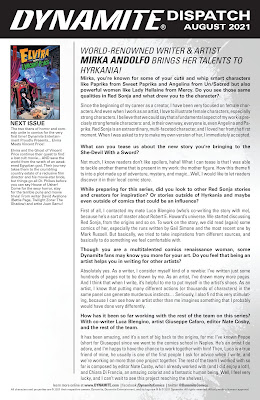 Neither the interview nor the interviwee are much forthcoming about what to expect from this new series besides what was already known. Nor do them wet one’s appetite for the series; on the contrary, Andolfo doesn’t come out looking very knowlegeable about Sonja, deferring the arcane minutiae to her partner in writing Luca Blengino, by whom, I confess, I’ve never read anything.

A little more worrisome is Andolfo’s preoccupation in singling out Gail Simone’s take on Sonja. It needn’t be that worrisome if, as stated, Andolfo was doing her own version of the character. However, on reading this interview (I know it is a short one, and not really an interview but just glorified promo-copy) one gets the ideia Andolfo has not such a strong grasp neither on the character of Red Sonja, nor on what she intends to do with it. And if she seeks enlightenment from Simone’s utterly uninteresting run, it doesn’t bode well for the near future.